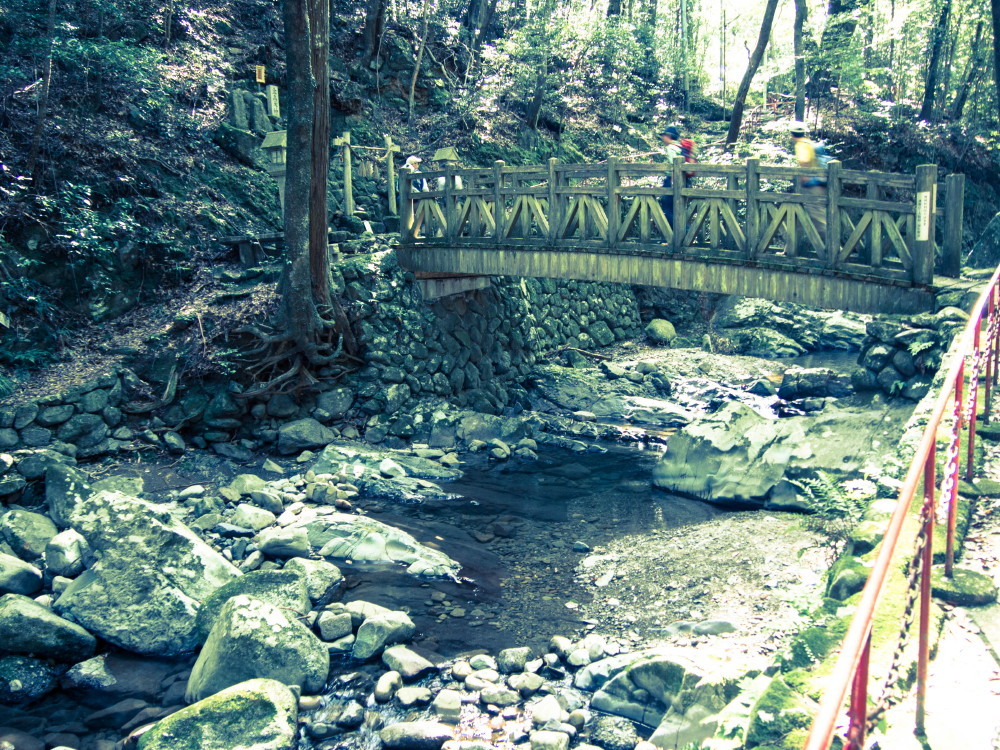 September 13, 2014 @犬鳴山
This mountain has a name 犬鳴山 inu-naki-san, dog-bark-mountain literally. There is a story.
A thousand years ago, a hunter was chasing a deer in this mountain. when he came near the waterfall, his dog suddenly barked loudly. The deer ran away because of the barking. The hunter got angry and cut the dog's head off. The head jumped up above his master and bit the huge serpent which had been going to swallow the hunter. The dog succeeded to kill the serpent and died. The reason the dog barked loudly was to save his master. He realized his dog's loyalty and repented of his wrong act. He became a monk to practice asceticism and held a service for his loyal dog in this mountain.

The story is touching. I can well imagine the pain of the hunter realized his mistake. The image of the place looks like it'd be a memorial for what happened. Picture of the atmosphere is well suited to the story.

@Jypyä Pop: Thanks ! I'm glad you fully understand the story and feel the atmosphere.

That's a very interesting narration..and what a beautiful image here !!!

Great photo and a interesting legend.

love the setting and your cross processing !
the tonality suits the sad story of the place perfectly (it's interesting to notice that there are similar stories in different cultures ...) !

A beautiful scene. And a great story. Lovely. :)

I agree with Ryse but i like the compo and the place.

Wonderful story to add to the image here . . no wonder it feels special.